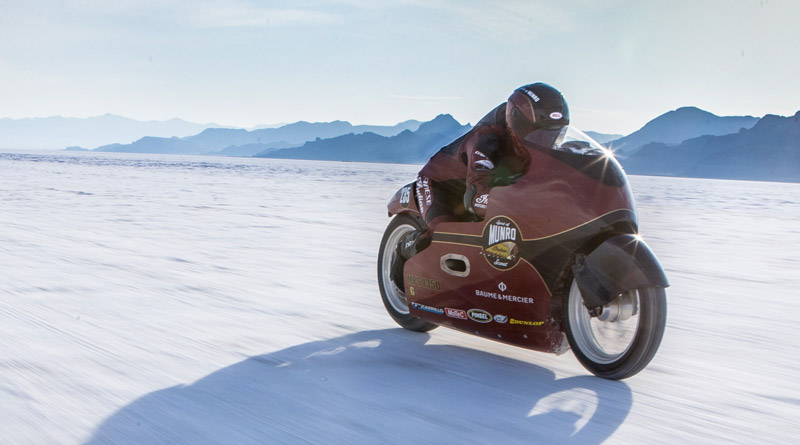 The meeting of the two exceptional manufacturers, Indian Motorcycle and Baume & Mercier, may seem incongruous because they are from very different worlds, but their values, passion and history have revealed much in common. It’s this that has inspired an extraordinary collaboration.

Baume & Mercier is a luxury Maison d’Horlogerie founded in 1830 in Switzerland that cultivates excellence and refinement in all its watches. The brand has built its international reputation on the back of its chronographs, with the mantra of ‘affordable luxury’. The connection between the Baume & Mercier watchmakers and Indian Motorcycle stems from their respective histories.
Since 1901, Indian has continued to measure its performance against the movement of a chronograph hand.

One great example of this is Burt Munro on his Indian Scout. His repeated speed record attempts are a legendary and the speed he achieved of 296.11 km/h (184.087 mph), in 1967, on the Salt Lake of Bonneville, in Utah, will be forever enshrined in history.
Baume & Mercier has created a magnificent chronograph called the Burt Munro Tribute Limited Edition in its Clifton Club line, to commemorate this incredible feat, on the 50th anniversary of the record.

This watch has subtle and elegant styling cues recalling Burt Munro’s endeavour, including the lucky number 35 that was on the side of his motorcycle. The second hand is counterbalanced with the very iconic I of Indian and the strap is a loyal reproduction of the colour of Burt Munro’s Indian Scout. The 184 mph record speed is also highlighted on the bezel. Only 1,967 of these watches will be produced, reflecting the historic year of this speed record and they will be sold through Baume & Mercier’s international retailer network. 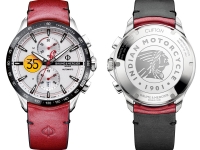 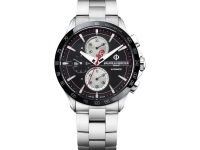 The design manager at Baume & Mercier, Alexandre Peraldi, worked closely with the American Indian Motorcycle design office to create these watches.
The Clifton Club Scout has a distinctive open dial so you can see the innner workings. You can also see features of the Indian Scout’s engine as well as the stitched calfskin strap that is the same tan colour as the Scout’s saddle .
The Clifton Club Chief is inspired by the mechanical look of the Indian Chief’s famous Thunder Stroke engine. The stainless steel strap contrasts beautifully with the black dial, mimicking the look of the cooling fins of the Chief’s engine. It’s fair to say theClifton Club Chief is a strong and elegant timepiece and very loyal to the spirit of the motorcycle that inspired it. We hope you find time to see them on display in a Baume & Mercier retailer this year.
www.baume-et-mercier.com