You are here: Home / On the road / SCANDINAVIAN VIKING RIDE 2018

After several years, the scandinavian viking ride held in mid-may is becoming a tradition.

Magne of First Norway Riders Group, and organiser of this magnificent road trip, reported back to us after he and his group had arrived at this year’s starting point, Lübeck in northern Germany. First they’d crossed the North Sea by ferry, and then they rode through Denmark for two days before reaching Lübeck.

The itinerary changes every year, and in 2018 it took this dozen or so Indians across 2,500 km from Lübeck in northern Germany to Lyngdal in southern Norway. They spent nine days riding through Denmark, Sweden and Norway. At each stage, it was arranged for the group to stop in and meet the local Indian dealers, who were thrilled to welcome them for such an occasion. The starting point in Lübeck was fixed at the most aptly-named place you could imagine – an Indian dealership called Viking Cycle! 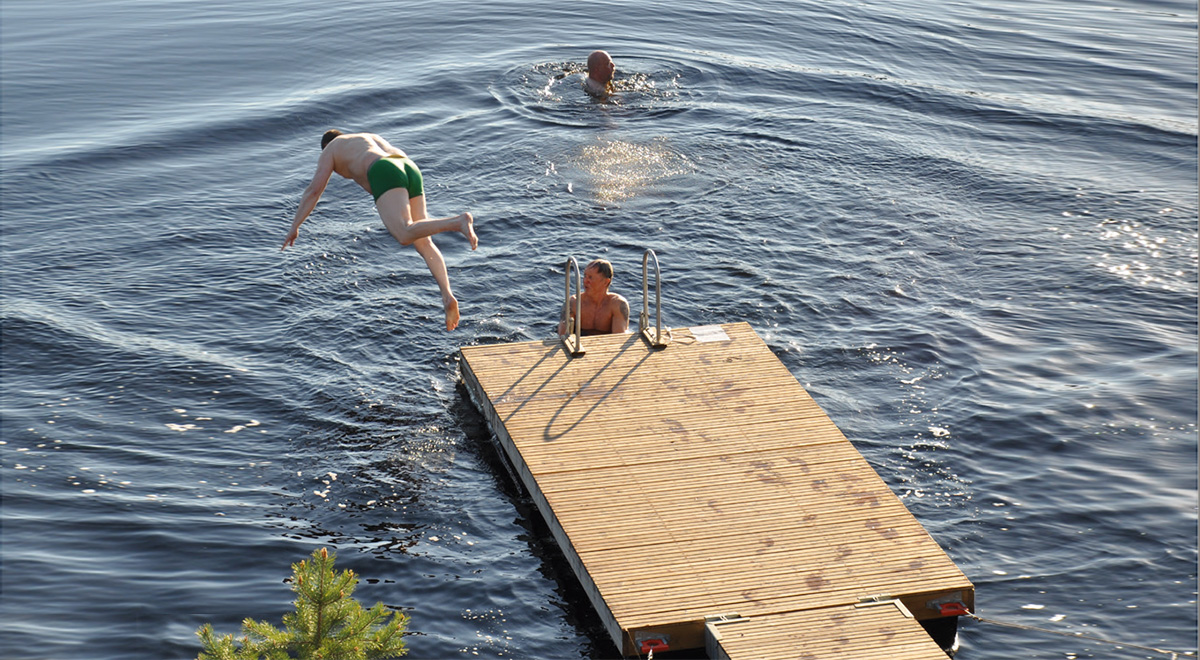 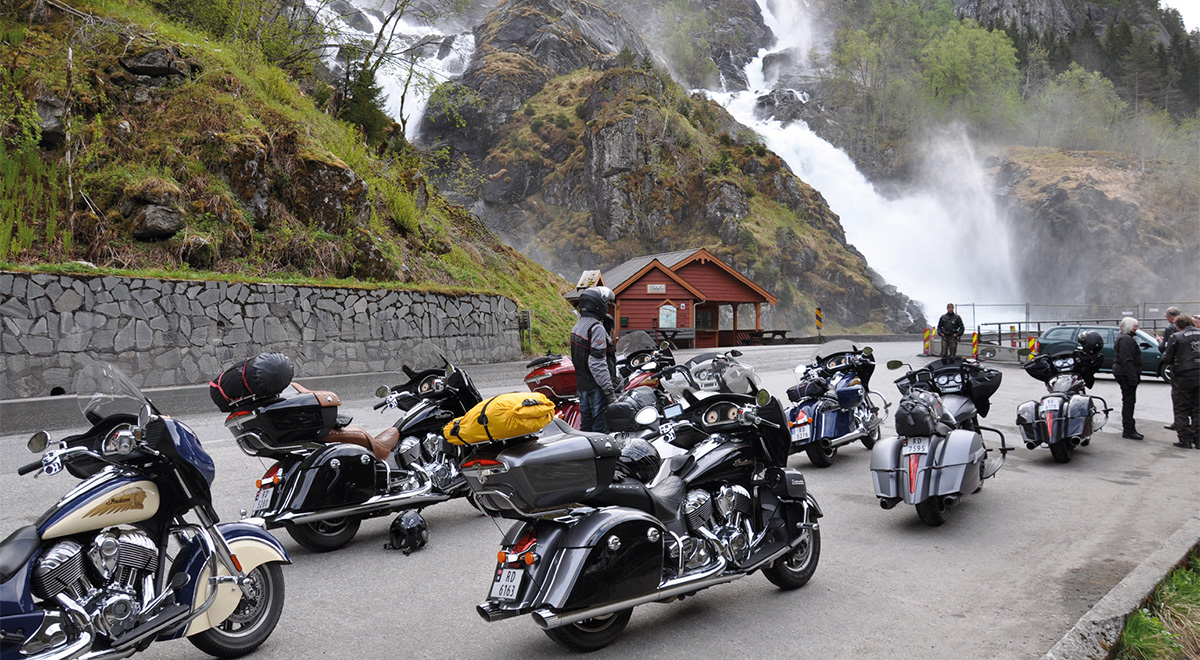 The first 350 km of scenic routes led the riders to Jensens MC in Denmark, the brand’s new dealership in Horsens. After spending a whole day there, the group hit the road again for a stunning crossing of the Danish islands by way of the famous Great Belt, two linked bridges measuring 6.6 and 8 km that brought them towards Copenhagen. One last channel crossing took the group out of Denmark and over to Malmö in Sweden.

The ride then followed the Swedish coast up to Gothenburg, ending at Gothias Mothers Cycleshop. It had been a long day, covering 570 km of road, and everyone enjoyed a well-earned rest at the very comfortable Liseberg Heden Hotel.

The fourth day saw the group riding up along the Swedish coastal road to Norway through some extraordinarily beautiful landscapes. After a break at Spinnin Wheel in Mysen to the southeast of Oslo, they continued along a forest road for about an hour to their next halt at the Rømskog Spa on the banks of a lake, where they spent a wonderful evening. The toughest stretch of the 450-km trip was on the fifth day, when the group rode across Norway’s mountain range from east to west along superb roads with breath-taking
scenery on all sides. Spring was only just getting underway with temperatures sometimes hovering around 0°C, and they had to take quite a few detours due to road closures. Eventually they arrived at their destination, Stalheim, in the heart of the mountains. Next day, the riders continued their journey along equally spectacular roads that followed the northern bank of Sognefjord and eventually brought them to MC Marine, the Indian dealership in Bergen.

With May 17 being Independence Day in Norway, everyone took a break to enjoy Bergen’s famed celebrations, with marching bands and parading children and schools. The group got off to a late start for the next leg, a gloriously scenic tourist route taking in the famous Hardanger Fjord. They rode across it on the country’s longest suspension bridge (1.3 km), eventually arriving at Norway’s most impressive waterfall, Vøringsfossen.

The penultimate day brought a memorable ride through a succession of stunning landscapes. There were fjords, mountain ranges, the beautiful Låtefoss waterfall, and the magnificent road over Saudafjellet, which takes you through a very rugged, wild, almost hostile environment – nature at its most raw – that’s only accessible via this road.

The last day saw the riders complete the remaining 300 km of this Viking Ride, after a detour to see the Lista lighthouse. Finally Magne and the First Norway riders’ group returned safely to Lyngdal and their journey’s end, Twin Thunder. It was time for the group to celebrate, in a fitting fashion, the end of this glorious 2018 edition.