You are here: Home / ALL BIKERS / RIDER PROFILE: JUSTIN CHATWIN 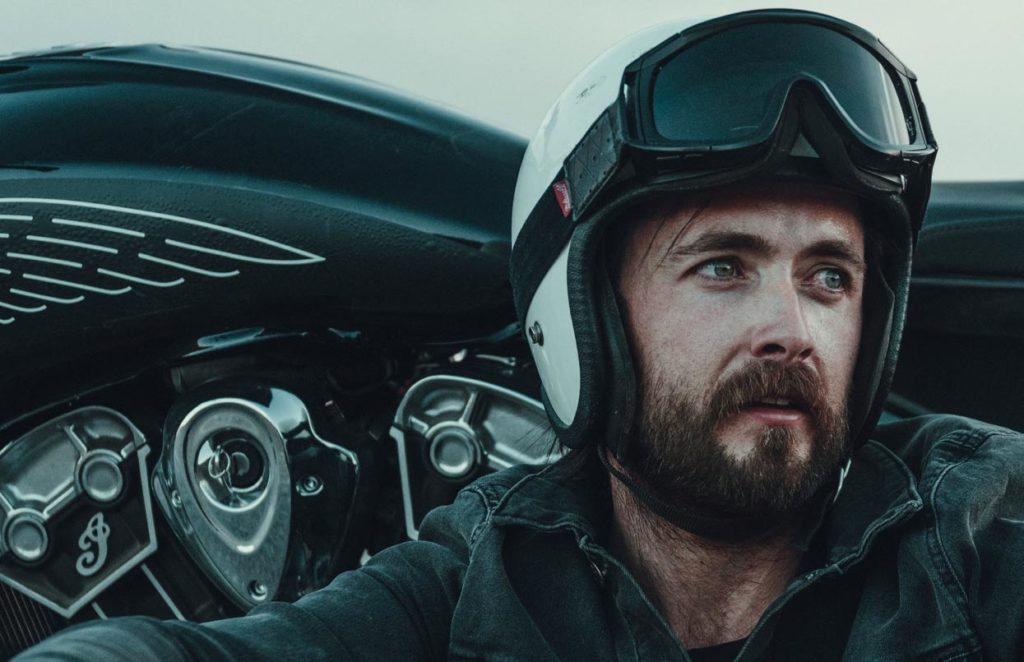 An actor who’s appeared in movies such as War of the Worlds and Dragon-ball Evolution, on Showtime’s Shame-less, and the Netflix Sci-Fi series ‘Another Life’.

I rode dirt bikes as a kid, but eventually gave it up. Then, 10 years ago, after renting a scooter on vacation in Italy I decided I needed to get back onto two wheels.
I’d just been cast on Shameless, with William H Macy, who always rode to the set on his motorcycle. We talked about bikes a lot, he convinced me to buy a bike and we decided to plan a trip.
After several long rides, including one from Vancouver to the bottom of Argentina, I started track racing. After a chance meeting with Roland Sands at the Wild One in Castle Rock, I went to the Moto Beach Classic. He loaned me a Scout 60 Flat Tracker. It was really impressive, great fun.
The following year I went to the ‘Wild One’ event again, but this time racing my own Scout. I got stuck in. I had a crash, but got back out in the next race and loved it.

Some people like scenery. For me it’s the road. The actual road. One of my favorites is Kelbaker Road in the Mojave Desert. I also like the Old Dale Road, an old mining road that crosses the eastern part of Joshua Tree.
I find new rides by buying a map from AAA or Butler. I just look for two-lane roads. Highways will put you to sleep. The other thing I do is ship my bike to wherever my job is. Then my reward after we wrap is that I get to ride home and camp along the way. It’s how I motivate myself to get work.
Photograph by DEAN BRADSHAW