You are here: Home / News / EICMA, THE BIG SHOW 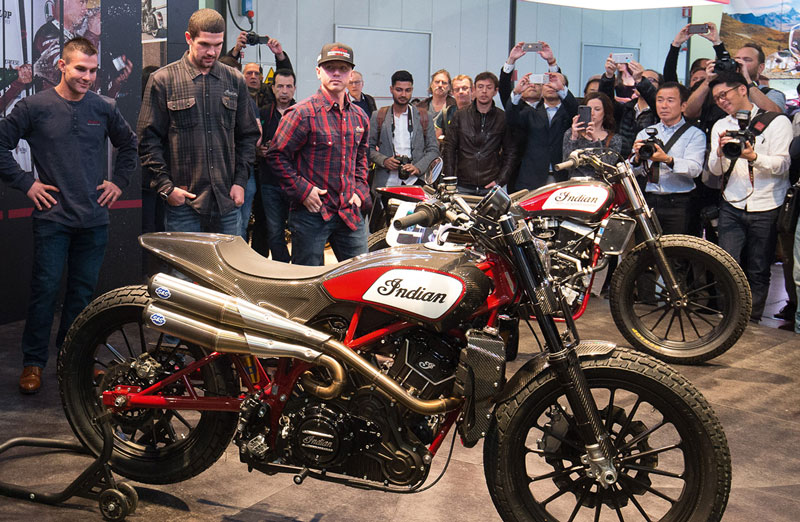 EICMA is unmistakably the leading motorcycle show in Europe. It is held in Milan every Autumn and is a huge international meeting place and showcase for every type of motorcycle under the sun.

A good number of the Indian Motorcycle team was there to show its 2018 range of motorcycles, but it was also there to celebrate winning the 2017 American Flat Track Championship. Steve Menneto, the big boss of Indian Motorcycle was there in person, alongside the winning ‘Wrecking Crew’, made up of the 2017 champion, Jared Mees, second place Bryan Smith and the third place Brad Baker, all racing on the Indian Scout FTR 750. At EICM, Indian then surprised the crowds by unveiling a prototype machine inspired by the FTR750. This bike is the Scout FTR 1200 Custom and it will be on show at various events during 2018.